Vitamin D has taken on a whole new role. It appears to be a factor in more and more of our health issues. It is an anti-inflammatory steroid hormone, it is vital for immune system balance and health, it is vital for proper thyroid function, it helps prevent heart disease and diabetes, it is also important in helping prevent stroke, joint and muscle function, osteoporosis, depression, memory problems, even weight loss!

Writing in The Archives of Internal Medicine, researchers say they looked at the vitamin D levels and death rates of more than 13,000 people over a period of more than six years.Those who fell in the lowest quarter of vitamin D levels had a 26 percent higher risk of death from all causes than those in the top quarter, found the study from the Albert Einstein College of Medicine. Those with the lowest Vitamin D levels had the highest rate of admission to the ICU and ultimately death due to viral infections of all types!!!

The skin is the major natural source of vitamin D. Exposure to UVB rays from sunshine and heat converts 7-dehydrocholesterol to cholecalciferol (vitamin D3). It is secreted into the blood and rapidly hydroxylated in liver microsomes at the 25 position, resulting in 25-hydroxycholecalciferol (hereafter referred to as 25 OH vit D). This is the major form of vitamin D, which is stored in the liver and secreted into the circulation. In blood, 25 OH vit D, which is a steroid, is carried on a vitamin D-binding protein. The liver stores vitamin D for many months, providing the vitamin when no sunshine is present. Several factors reduce the ability of the skin to produce vitamin D: sunscreen containing USP 8 will decrease active vitamin D formation by 97.5%; USP 15 sunscreen or higher will decrease formation of vitamin D3 by 99.9%. Aging itself reduces the skin’s ability to form vitamin D3 even when exposed to adequate sunshine. Skin pigmentation also plays a role, with much lower levels of vitamin D found in people with darker pigmented skin. People who only go outdoors fully covered and get no exposure of their skin to sunshine have been found to have very low levels of vitamin D.

The other main source of vitamin D is diet: Vitamin D is present in fish livers (therefore, the former intake of fish liver oil was common). Vitamin D has been added to many products. Milk contains 100 units of vitamin D3 in each cup. Orange juice that has added calcium may also contain 100 units of vitamin D3. There are two forms of the vitamin provided by foods or supplements. One is vitamin D3, which is the form in fish liver or in animals; the other is vitamin D2, ergocalciferol, which is present in vegetables and is estimated to be less potent, one-third to one-fourth as effective as vitamin D3. Vitamin D2 has to be converted into vitamin D3.

The major function of vitamin D has always been the adequate growth and mineralization of bone. This requires the further conversion of 25 OH vit D by the addition of a hydroxyl group at the 1 position, which occurs in the kidney mitochondria under stimulation by parathyroid hormone, resulting in 1,25-dihydroxycholecalciferol, or 1,25 OH vit D. It is this compound that acts in the gastrointestinal (GI) system to activate calcium absorption. To prevent excessive calcium absorption, the 1 hydroxylation enzyme is modulated by blood calcium levels. High levels of blood calcium shut off 1 hydroxylation but cause the 25 OH vit D to be hydroxylated at the 24 position, resulting in the formation of 24,25-dihydroxyvitamin D, which does not increase GI absorption of calcium. In animal studies, bone can be adequately mineralized if the animal is given sufficient calcium systemically, suggesting that the key role of vitamin D is adequate calcium absorption. In fact, the amount of calcium absorbed is largely dependent on adequate vitamin D levels and not on which preparation of calcium has been ingested.

Other lesser effects of vitamin D occur at the kidney, with slight increased reabsorption of calcium, and at the bone for both mineralization and resorption. It is vital the Vitamin D be accompanied by adequate Vitamin K as the Vitamin K "turns on" the bone and teeth receptors to allow uptake of calcium. Without adequate Vitamin K the absorbed calcium may cause undesirable formation of kidney stones or even plaque the blood vessels. The adequate calcium allows new bone matrix to become calcified normal bone tissue. Patients who are vitamin D deficient may have low bone density, but they are not lacking bone matrix. Their bone disorder is osteomalacia and not osteoporosis (in which there is loss of bone matrix as well as low mineral content). When given adequate vitamin D and calcium, their bone density (which measures only mineral content of bone) may go up 10% to 15% in one year. Some have both osteomalacia and osteoporosis. In older patients, supplementation of vitamin D to adequate levels has been shown to decrease hip and other nonvertebral fractures.

Cellular Health of the Colon, Breast and Prostate

A meta-analysis involving 5 trials suggests that a daily intake of 1,000–2,000 i.u. per day of vitamin D3 promotes colon health. A case-control study from the Nurses Health Study indicates that healthy vitamin D plasma levels are associated with breast cell health. Vitamin D also promotes healthy gene expression to maintain healthy prostate cell function. These studies base their findings on levels of 75 to 100 range. Calcitriol is the most potent steroid hormone in the human body. It turns genes on and off at a dizzying rate, genes that are either making proteins that are essential to fighting cancer or genes that are making proteins that are promoting diseases like cancer. 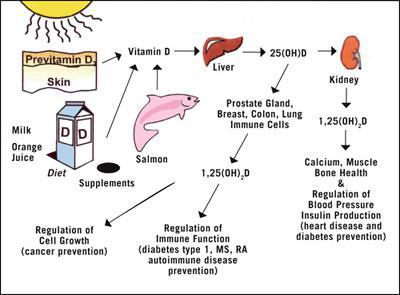 Vitamin D has been shown to improve the body’s ability to use insulin and the function of beta cells, which produce insulin; a lack of vitamin D in the body has been shown to lead to higher chances of getting type 2 diabetes. In another study researchers found that populations living at or near the equator, where there is abundant sunshine (and ultraviolet B irradiance) have low incidence rates of type 1 diabetes. Conversely, populations at higher latitudes, where available sunlight is scarcer, have higher incidence rates. These findings add new support to the concept of a role of vitamin D in reducing risk of this disease.

In a recent cross-sectional trial involving 80 elderly individuals, higher serum 25-hydroxy vitamin D levels were associated with positive mood and healthy cognitive performance. New research indicates that the “Alzheimer’s gene” may be connected to the way the brain uses vitamin D. Scientists have previously found a link between the onset of Alzheimer’s and the gene; in addition, vitamin D deficiency has been linked to memory problems.

The blood level of 25-hydroxyvitamin D reflects the intake of the vitamin, since this is the major form that is consistently carried in blood. Although this is a stable level, it is not necessarily an accurate measure of vitamin intake for two reasons.

First of all, this vitamin is a steroid and is carried on a protein (vitamin D-binding globulin). The active vitamin is the free material, not necessarily the total protein-bound vitamin D. Conditions that affect the protein will alter the total vitamin D but not necessarily the active free vitamin D. There are no adequate measurements available of the free form. Obesity, a rather common problem at present, reduces binding proteins and, therefore, may lower total 25 OH vit D levels.

Vitamin D is vitally important for my patients!

There is a widespread vitamin D deficiency crisis, affecting individuals in both cloudy and sunny climates. Lack of vitamin D is linked to a long list of major health concerns. Compounding the problem is the widely recommended advice to always stay out of the sun and to always cover up and/or wear sunscreen, even year around. Unfortunately, that blocks most vitamin D formation in the skin. So what to do? I recommend 10–15 minutes of daily summer sun on total body exposed skin without sunscreen, as long as there is no burning. In addition to “healthy sunlight”, people should supplement with vitamin D3/K2 year round. The amounts I use are based on the most recently revised research. I basically go by the patient’s health profile and baseline serum levels of 25(OH)D. Then I give them the amounts required to achieve healthy vitamin D status by monitoring serum levels regularly until an adequate level is achieved in a reasonable amount of time.

Supplementation with D3 should be almost universal!

Almost everyone and in all age groups should be getting extra Vitamin D! This is true whether you are a sun worshiper, live in Florida, California or Hawaii, or regularly go to a tanning salon. Getting non-burning sunlight plus taking a supplement is what is needed by most. Making sure that each person gets enough is paramount. That’s why routine testing is now more important than ever. That’s the take home message here.

The best vitamin D test is getting one drawn!

The standard for measurement is 25(OH)D (25-hydroxy vitamin D). It is the best indicator of vitamin D in the body. Testing for 1-25(OH) or(1-25 dihydroxy vitamin D) is not recommended because when vitamin D levels fall, the kidneys compensate by increasing the 1-25(OH)D and it can even become elevated.

Most physicians used to believe that 400 i.u. per day was at least adequate. Patients were rarely tested and the reference ranges that the labs said were normal turned out to be way to low. Therefore, even 1,000 i.u. per day still wasn’t enough for people with low levels to ever reach the optimum serum levels between 50 and 60 that we now recommend. The very basic recommendation for normal patients is at least 3,000 i.u. per day in addition to sunlight. If this can’t maintain vitamin D levels in the 50- 60 ng/ml range, more is needed. Often this is closer to 5,000 i.u. per day indefinitely. Again, serum testing is the best guide to go by, and use whatever amount it takes to maintain 50-60 ng/ml. Higher levels are not better - levels over 75 can actually suppress stem cell release and these are our healing cells, so keep it in the 50-60 range unless you have active cancer and then we would want to suppress cancer stem cell release and would want much higher levels.

I recommend taking appropriate amounts of vitamin D3/K2 that are verified with testing!

Toxicity is simply not a concern at or under 10,000 i.u per day. It has a very wide range of safety. This is based on the most current re-appraisal of vitamin D needs and safety. Toxicity would probably begin to occur only after chronic daily consumption for weeks to months of approximately 40,000 i.u. per day. That would be the same as taking a full 100-count bottle of 400 i.u. every day. Nobody is going to do that.

Cholecalciferol (D3) is more potent than ergocalciferol (D2). Vitamin D2 doesn’t raise serum 25(OH)D as effectively, is less bio-available, is poorly metabolized, and has a shorter half-life which means it doesn't stay in the body as long. It used to be considered equivalent, but it’s not – you end up wasting your money and risking your good health!

Some individuals should consult a physician before taking vitamin D

Anyone who will be taking more than 2,000 i.u. daily should have their levels tested first. Individuals with osteoporosis, as well as breast, prostate, and immune health concerns have greater vitamin D needs. Since they are most likely to have levels that fall below 32 ng/ml, they should consult with their physician first for an appropriate and effective dosing schedule. Also, people with health conditions such as hyperparathyroidism, hypercalcuria, osteomalacia, severe kidney disease, and malnutrition should consult with their doctor first. 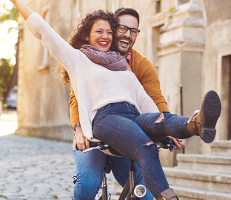 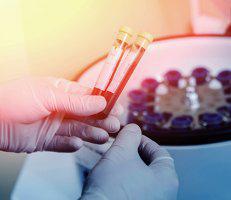 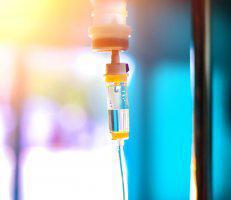 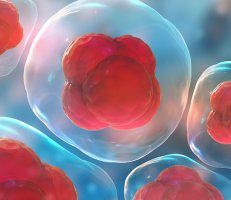 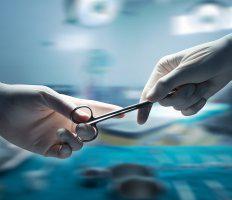